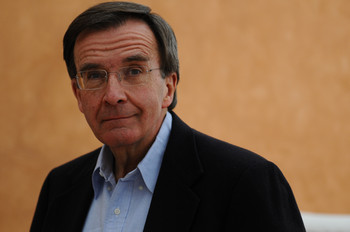 Photography is my avocation, especially when I travel. These photographs reflect my curiosity about life and nature. I try to look for the unusual in the ordinary faces that pass us each day or landscapes we look upon. I especially enjoy using natural light to capture the moment.

My interest in photography dates back to the 60’s when I was photo editor for a high school newspaper and year book. Seven years ago, I made the transition to digital work and have attended five different photography courses around the country and overseas. There I have come to enjoy the camaraderie of learning from other photographers who seek to perfect their skills.

Krauss is an Indianapolis attorney/mediator, an emeritus professor at IU School of Public and Environmental Affairs and on the faculty of the IU McKinney School of Law – Indianapolis.\\

Critique by Steve Mannheimer MFA, studio artist and university professor. Mannheimer has been an art journalist, writing a weekly column on art and architecture for The Indianapolis Star for nearly 20 years, Steve reviewed my work and offered his comments in the Guest Book Section. Push the +- symbol to the right if the critique isn't showing.

Alfredo Falvo, an Italian professional photographer now based in London, featured two of my photographs on his web site: http://tuscanyandlondonphotographyday.blogspot.it/ Alfred shoots for Magnum Photo all over the world. He was my private teacher on a trip to Tuscany, Italy in 2012.

2011 Honeywell Center Photography Show, Wabash, IN, Over 250 entries and 65 were selected for the show.
Three Ladies and Fidel won 2nd place in the color competition
Desire was also selected for participation in the show

2010 Honeywell Center Photography Show, Wabash, IN, Over 360 entries and 81 were selected for the show.
The Hull won 2nd place in color competition
Open Arms of Santa Fe (black and white) was also selected for participation in the show.

2011 The Anderson Center for the Arts – In Focus Photography Show, Anderson, IN
There were 167 entries and 90 were selected for the show.
Ripples at Crystal Lake – Honorable Mention – Nature
Open Arms of Santa Fe, The Five Robes, Brushes, were also selected for the show